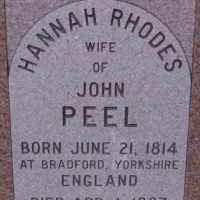 English:either a topographic name for someone who lived by ‘(the) woodland clearings’, plural form of Middle English rode (Old English rod, rodu), or a habitational name for someone who came from a place so named, principally Rhodes in Bury (Lancashire) or possibly from one of the many minor places in Yorkshire similarly named, or Rhodes Minnis (Kent). The Yorkshire name sometimes alternates with the singular form (see Rhode and Rode ). The Rh- spelling was introduced in the 16th and 17th centuries by clerks with a classical education, who associated the name with the Greek island of Rhodes, famous in ancient history and mythology. There is also no connection with modern English road (Old English rād ‘riding’), which was not used to denote a thoroughfare until the 16th century. The surname is particularly common in Yorkshire and Lancashire but occurs with various spellings in smaller numbers widely across England.variant of Rhode , with post-medieval excrescent -s.