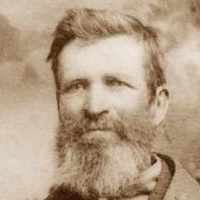 When Samuel Paterson Jr. was born on 3 November 1816, in Dumfries, Dumfriesshire, Scotland, United Kingdom, his father, Samuel Paterson Sr., was 35 and his mother, Ann Bell, was 34. He married Elizabeth Randall on 11 May 1851, in Council Bluffs, Pottawattamie, Iowa, United States. They were the parents of at least 4 sons and 2 daughters. He died on 15 September 1893, in Spanish Fork, Utah, Utah, United States, at the age of 76, and was buried in Spanish Fork, Utah, Utah, United States.

Samuel Paterson Jr. and Elizabeth Randel Written by grandson, Elisha Warner My maternal grandparents were of the same hardy old country stock as the Warners and the Reynoldses. They were ready to la …