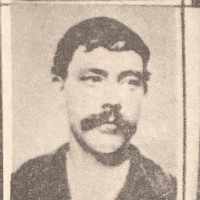 The Life Summary of James Mountain

Put your face in a costume from James Mountain's homelands.

THE WILSON LAMBERT STORY As related by his daughter, Annie Lenora Lambert Jessop, of their Arizona years. Dear Grace: I, of course, was so very surprised to get your letter and will do what I can t …