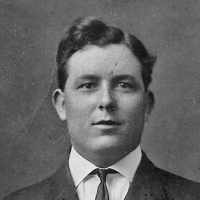 When John Boden was born on 7 March 1890, in Dayton, Franklin, Idaho, United States, his father, Willard William Boden, was 32 and his mother, Dicey Bernettie Wakley, was 32. He lived in Dayton, Oneida, Idaho, United States in 1910. He died on 8 October 1918, in France, at the age of 28, and was buried in Romagne-sous-Montfaucon, Meuse, Lorraine, France.