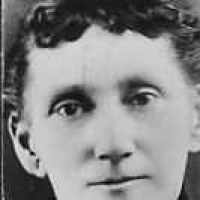 The Life Summary of Melvina Josephine

When Melvina Josephine Eskelson was born on 15 March 1854, in Copenhagen, Copenhagen, Denmark, her father, James Eskelson, was 29 and her mother, Sophie Catharina Margaretha Jacobsen, was 24. She married Frederick George Reynolds on 16 April 1871. They were the parents of at least 4 sons and 4 daughters. She lived in Franklin Election Precinct, Richardson, Nebraska, United States in 1860. She died on 15 May 1917, in American Fork, Utah, Utah, United States, at the age of 63, and was buried in Kamas, Summit, Utah, United States.

Put your face in a costume from Melvina Josephine's homelands.