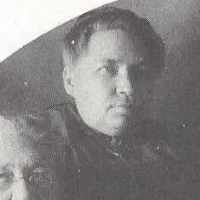 The Life Summary of Anna Christine

When Anna Christine Larsen Or Christiansen was born on 21 January 1856, in Hanehoved, Melby, Kronborg, Denmark, her father, Lars Niels Christensen, was 43 and her mother, Maren Kirstine Jorgensdatter, was 37. She lived in Melby, Strø, Frederiksborg, Denmark in 1860. She died on 5 April 1916, in Newton, Cache, Utah, United States, at the age of 60, and was buried in Newton Cemetery, Newton, Cache, Utah, United States.

Put your face in a costume from Anna Christine's homelands.

The following story was written about Maren Kirstine Jorgensen by Shirley Larsen Nielson. Maren was the mother of Anna Christine Larsen or Christiansen. If this story is read from the view point of …