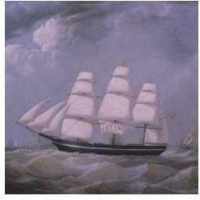 When Stephen Duffin was born on 28 January 1841, in Nutley, Hampshire, England, his father, Moses Duffin, was 24 and his mother, Eliza Payne, was 22. He immigrated to New Orleans, Orleans, Louisiana, United States in 1854 and lived in Preston Candover, Hampshire, England, United Kingdom in 1851 and Draper, Salt Lake, Utah, United States in 1880. He died after 5 June 1900, at the age of 59.