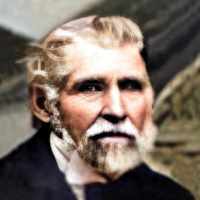 Written by his granddaughter, Frances Grundy Callahan in 1959 Isaac Grundy crossed the plains in 1847 in the Jedediah M. Grant company. He arrived in Salt Lake City on 5 October 1847. Isaac was bor …