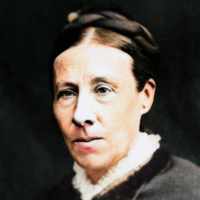 The Life Summary of Elizabeth Hudson

Put your face in a costume from Elizabeth Hudson's homelands.

By her Granddaughter, Frances Grundy Callahan Never having known my grandmother, only through hearing my parents and other relatives tell of her noble deeds, and rare qualities, and through research …