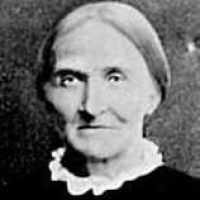 The Life Summary of Lucinda Wiswell

Put your face in a costume from Lucinda Wiswell's homelands.

Lucinda and her husband, Ransom, joined the Church of Jesus Christ of Latter-day Saints in Canada and gathered with the Saints to Kirtland, Ohio with their children, one of whom was only three weeks o …