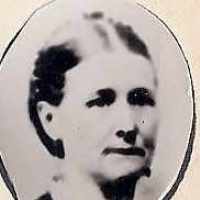 The Life Summary of Janet Barr

Put your face in a costume from Janet Barr's homelands.

Scottish (Renfrewshire): habitational name from the lands of Carruth in the parish of Kilmacolm in Renfrewshire.

Liverpool to New Orleans on the Carnatic (20 Feb 1848 - 20 Apr 1848) Learn MoreTo see all passengers and accounts for this voyage, click on the voyage title above. A Compilation of General Voyage No …