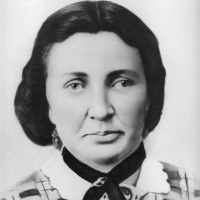 Adam Yancey was born after his father (Hiram John Yancey, Jr.) left, so never saw his father. After we (Adam and Alice Tolman Yancey) were married, we had letters from Uncle John H. Yancey and he sai …