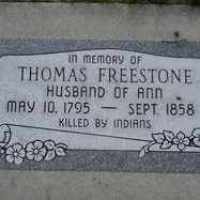 Rhoda Freestone is the second wife of John Wesley Vance Rhoda Freestone Vance was born December 24, 1844 at Huntsville, Harden County, Ohio. She was the daughter of Thomas Freestone and Ann F …