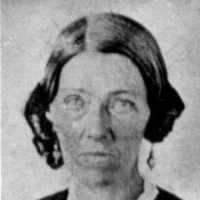 The Life Summary of Jane Hart

Put your face in a costume from Jane Hart's homelands.

Americanized form of Dutch Opdijk, itself a fused (and shortened) variant of Op Dijk or Op de Dijk: topographic name for someone who lived ‘on (the) dike’, from Middle Dutch op ‘up, on’ + dike ‘dike’ (see Van Dijk ). The surname Opdijk or Op Dijk is no longer found in the Netherlands. Compare Opdyke , Updike , and Updyke .History: Gijsbert Opdijk (also Gysbert Opdycke) was born in Wesel, Germany, in 1605 and arrived in New Amsterdam in New Netherland (now New York City, NY) before 1638. He was an officer of the Dutch West India Company and the Commander of Fort Goede Hoop (now Hartford, CT) in the 1640s. He was the ancestor of the American writer John Updike.