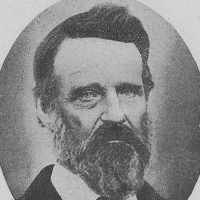 The Life Summary of John Pearson

Put your face in a costume from John Pearson's homelands.

By 1853, three of their children had found the Church of Jesus Christ of Latter-day Saints and had made their way to the Great Salt Lake Valley. They were John Pearson Smith, Jane Schofield Smith Row …