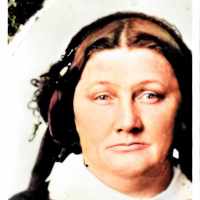 The Life Summary of Susannah Z

Put your face in a costume from Susannah Z's homelands.

Some characteristic forenames: French Andre, Armand, Normand, Jacques, Pierre, Fernand, Marcel, Emile, Lucien, Michel, Alain, Luc.French, Walloon, and English (of French Huguenot origin): topographic name, with fused preposition and definite article du ‘from the’, for someone living or working in a wood (see Bois ), or a habitational name for someone from any of several places in various parts of France and in Belgium (Wallonia) named Le Bois. This is the most frequent surname in Wallonia. It is also found in the Flemish part of Belgium, the Netherlands, Germany, and Haiti. In both England and North America it is sometimes translated into English as Wood . Compare Deboe , Debois , Deboy , Duboise , and Dubose .History: This surname is listed (in the form Du Bois) in the (US) National Huguenot Society's register of qualified Huguenot ancestors and also in the similar register of the Huguenot Society of America. One of the several Huguenot ancestors bearing this name was Chrétien Du Bois from Flanders, whose son, Louis Du Bois (born 1626 in Lille, France, died 1696 in Kingston, NY), was among the Huguenots who founded the town of New Paltz, NY 1675–78.

Susannah Z. DuBois had a heritage of noble birth whose second great grandfather gave up all and tried to destroy any and all evidence of his nobility when he abandoned his family esta te in sympathy t …