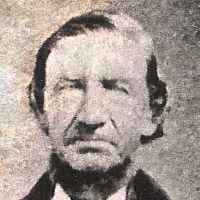 When Johann Martien Jochim Theodor Germer was born on 4 January 1809, in Lübeck, Germany, his father, Johann Heinrich Germer, was 35 and his mother, Catharina Sophia Ahrens, was 39. He married Maria Catharina Elsabe Faasch on 16 March 1834, in Lübeck, Lübeck, Germany. They were the parents of at least 2 sons and 3 daughters. He died on 11 September 1889, in Deweyville, Box Elder, Utah, United States, at the age of 80, and was buried in Deweyville, Box Elder, Utah, United States.

Put your face in a costume from Johann Martien Jochim Theodor's homelands.

On Oct 19, 1813, Germany defeats Napolean. The commanding officer for the Allied side was Prince Karl Phillipp Schwarzenberg.