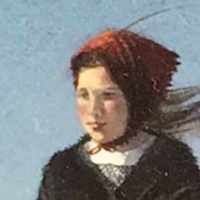 The Life Summary of Ellen Louisa

Put your face in a costume from Ellen Louisa's homelands.

HISTORY OF ELLEN LOUISA SHOWELL By Jetta Stewart Brunson 1972 Great Grand-daughter The parents of Ellen were Daniel Shewell or Showell and Elizabeth King. Father Daniel was born 7 June 1800 at …