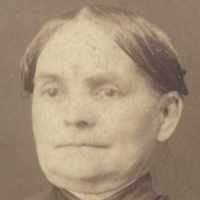 When Mary Ann Ashman was born on 1 March 1830, in Blaenavon, Monmouthshire, Wales, United Kingdom, her father, Charles Ashman, was 24 and her mother, Priscilla Treasure, was 23. She married George Henry Sheppard on 24 December 1850, in Midsomer Norton, Somerset, England, United Kingdom. They were the parents of at least 3 sons and 6 daughters. She lived in Llanwonno, Glamorgan, Wales, United Kingdom in 1861 and Bere Regis, Dorset, England, United Kingdom for about 10 years. She died on 24 March 1894, in Alpine, Utah, Utah, United States, at the age of 64, and was buried in Payson, Utah, Utah, United States.