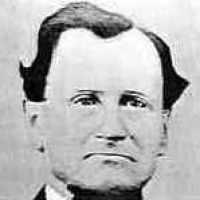 English (Lancashire and Yorkshire): usually a habitational name from Heap, a lost place in Bury (Lancashire), but sometimes also a topographic name for someone who lived by a small hill or rock pile, from Middle English hep, heip(e) ‘heap, pile’ (Old English hēap).

William Heap Hannah Cooper The Heap name is one of great antiquity in Lancashire, England. It is spelled many ways, such Epp, Hep, Hepps, Hepe, Heape, Heaps and Heap. It is often spelled differentl …