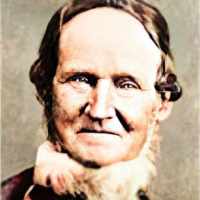 The Life Summary of Joseph White

Put your face in a costume from Joseph White's homelands.

After almost 80 years I think it is about time I should say something about my life. Using the words of Nephi of old, “I was born of goodly parents” and was taught to try to live a good life. …