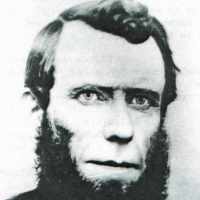 When William Henry Waylett was born on 13 February 1826, in Manchester, Lancashire, England, United Kingdom, his father, John Providence or Percival Waylett, was 30 and his mother, Eleanor Maria Owen, was 23. He married Sarah Williams on 11 February 1853, in At Sea. They were the parents of at least 3 sons and 6 daughters. He immigrated to Utah, United States in 1853 and lived in Abergele, Denbighshire, Wales, United Kingdom in 1841 and Llanddulas, Denbighshire, Wales, United Kingdom in 1851. He died on 17 October 1879, in Malad, Oneida, Idaho, United States, at the age of 53, and was buried in Malad, Oneida, Idaho, United States.