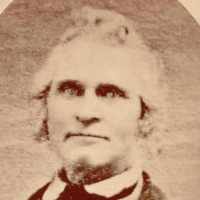 The Life Summary of Noah Willis

Put your face in a costume from Noah Willis's homelands.

English: from the Middle English personal name Bertilmew, Bertelmy, a borrowing of the Old French form of the Biblical personal name Bartholomew (from Latin Bartholomaeus; Hebrew ‘son of Talmai’, said to mean ‘having many furrows’, i.e. rich in land). This was an extremely popular personal name in Christian Europe, with many vernacular derivatives. It derived its popularity from the apostle Saint Bartholomew (Matthew 10:3), who was, among other things, the patron saint of tanners, vintners, and butlers.As an Irish name, it has been used as an Anglicized form of Mac Pharthaláin (see McFarlane ).

INFORMATION ABOUT EARLY DAYS OF FILLMORE By Maude C. Melville The first flourmill in Fillmore was owned by Noah Bartholomew. It was situated just east of Main Street near the center of town. Jacob Cr …