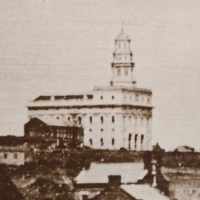 English: from the Middle English personal name Cudbert, Old English Cuthbeorht, composed of the elements cūth ‘famous, well known’ + beorht ‘bright, famous’. The name was borne by a 7th-century Christian saint, bishop of Hexham and later of Lindisfarne, and remained popular because of his cult throughout the Middle Ages, especially in northern England and the lowlands of Scotland.Scottish: variant of Coubrough, an Anglicized and shortened form of McCoubrey , from Scottish Gaelic Mac Cuithbreith ‘son of Cuthbert’ (see 1 above).