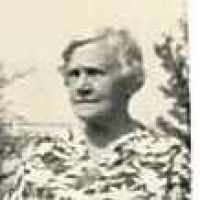 Put your face in a costume from Mary Amelia's homelands.

Angel Island served as a quarantine station for those diagnosed with bubonic plague beginning in 1891. A quarantine station was built on the island which was funded by the federal government at the cost of $98,000. The disease spread to port cities around the world, including the San Francisco Bay Area, during the third bubonic plague pandemic, which lasted through 1909.
Scandinavian, German, and English: topographic name for someone who lived by a grove, Old Norse lundr; the word was adopted into northern dialects of Middle English and also into Anglo-Norman French. There are a number of places in England named with this word, as for example Lund in Lancashire, East Yorkshire, and North Yorkshire, Lunt in Merseyside, and Lound in Lincolnshire, Nottinghamshire, and Suffolk, and the surname may derive from any of these. The Swedish surname is probably more usually ornamental. When surnames became obligatory in Sweden in the 19th century, this was one of the most popular among the many terms denoting features of the natural landscape which were adopted as surnames, usually compounded with some other such term.