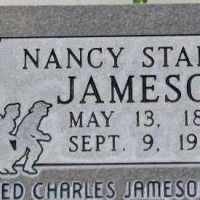 English: habitational name from any of various places called Stanley, including those in Yorkshire, Staffordshire, Derbyshire, Durham, Gloucestershire, and Wiltshire, named with Old English stān ‘stone, rock’ + lēah ‘woodland clearing’. This English name has been established in Ireland since the 13th century where it was Gaelicized as de Stainléigh.English: possibly also a variant of Stoneley, a habitational name from Stoneley Green in Burland (Cheshire), Stoneleigh (Warwickshire), or Stonely in Kimbolton (Huntingdonshire), all named with Old English stān ‘stone, rock’ + lēah ‘woodland clearing’.Americanized form of any of various like-sounding names in other languages, for example Polish Stanislawski , Greek Anastasiou , and Serbian Stojadinov (patronymic from the personal name Stojadin).