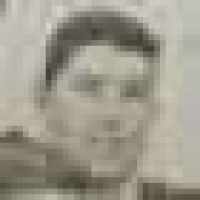 Put your face in a costume from Maria Eliza's homelands.

Maria Eliza Woolf was the fourth daughter of Absalom and Harriet Wood Woolf. She was the sixth child in a family of ten children. She was born August 2, 1870, at Hyde Park, Cache County, Utah. She …