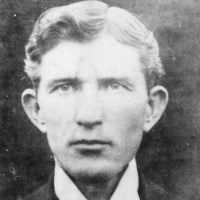 The Life Summary of James Richard

(1997: 44465;2007: 100579; 2010: 139751)English: variant of Hawkin , with genitival or post-medieval excrescent -s.English: habitational name, with excrescent -s, from Hawkinge (Kent). The placename derives from the Old English personal name Heafoc or Old English heafoc ‘hawk’ + the placename forming suffix -ing. This name has been assimilated to the patronymic surname in Devon from Sir John Hawkyns (1532–95), victor against the Spanish Armada (1588), who was a member of the Devon family of Hawkins, a branch of a Kentish family from the village of Hawkinge. They held land in Plymouth as long ago as 1480.

James R. Hawkins believed in the efficacy of prayer. "Teach your daughters to pray," he taught the sisters at one of their meetings, "that they may make a wise choice in choosing a husband." Source …