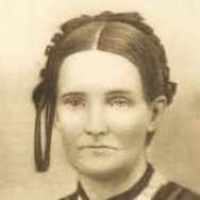 English: from the Middle English personal name Askell with prosthetic H-, from Old Norse Áskell, a shortened form of Ásketill (see Axtell ). The personal name was also popular among the Normans, sometimes in the form Anskell (with ancient Germanic Ans- substituted for As-), which explains why the name occurs in post-Conquest England in counties not settled by Vikings. Its appearance as a surname is often disguised by altered pronunciations; metathesis of /sk/ to /ks/, spelled -x-, for example, has given rise to Axtell . The Normans frequently used the name in Frankish forms; see Askin , Haskin , Hasty , and Astin . For the name in the Isle of Man see Castell .Jewish (Ashkenazic): from the personal name Khaskl, a Yiddish form of the Hebrew name Yeḥezqel (see Ezekiel ).

Crossing the Plains and On to California in 1852. by William R. Boren

Crossing the Plains and On to California in 1852. by William R. Boren I was born in Hancock County, Illinois, on March 11, 1845, being the 4th son of B.C. and Mary Boren. The family moved to Potta …