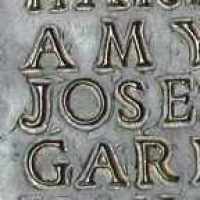 (1997: 55056;2007: 117920; 2010: 163054)English and Scottish: occupational name for the gatekeeper of a walled town or city, or the doorkeeper of a great house, castle, or monastery, from Middle English and Older Scots porter(e), port(o)ur ‘doorkeeper, gatekeeper’ (Anglo-Norman French port(i)er, portur, Latin portarius). The office often came with accommodation, lands, and other privileges for the bearer, and in some cases was hereditary, especially in the case of a royal castle. The name has been established in Ireland since the 13th century. In North America, this surname has absorbed cognates and equivalents in other languages, for example German Pförtner (see Fortner ) and Poertner .English: occupational name for a man who carried loads for a living, especially one who used his own muscle power rather than a beast of burden or a wheeled vehicle. This sense is from Middle English port(o)ur, porter ‘porter, carrier of burdens’ (Anglo-Norman French portur, porteo(u)r).

I am Amy Sumner and was born in Ohio. I first heard of the Mormons in 1831 when I was 16 years old. That year my older brother came to visit with a former neighbor, Sanford Porter. They were recent …