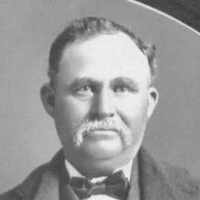 Prohibits the federal government and each state from denying a citizen the right to vote based on that citizen's race, color, or previous condition of servitude. It was the last of the Reconstruction Amendments.
(1997: 31213;2007: 68125; 2010: 92260)English and Scottish: variant of Low .German (Löwe) and Danish (Løwe): from Middle High German lēwe, löuwe ‘lion’, hence a nickname for a brave or regal person. In some cases the surname may have been a topographic or habitational name referring to a house or inn distinguished by the sign of a lion. It is also found in Sweden. Compare Loewe 1, Lau , Lave , and Lurvey .

Ann and John became the parents of a family of eight children, five boys and three girls. The Lowe family moved from Willard, Utah, to Grape Creek, Idaho, where they filed claim to 160 acres of undeve …