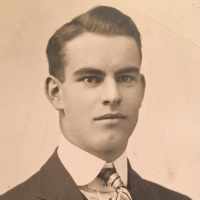 The Life Summary of Orin William

Put your face in a costume from Orin William's homelands.

young man. Schooled as a pattern maker, he had his own shop in Los Angeles. He served in the ship yards in World War I. He worked long hours and died at 44. Christine. She was conservative, realist …