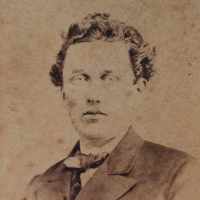 The Life Summary of Seth Millington

Put your face in a costume from Seth Millington's homelands.

Seth Millington Blair Jr.was born on 19 March 1844 in Guadaloupe River,Dewitt, Republic of Texas to Seth Millington and Cornelia Jane Espy Blair. He was the fourth of nine children, three girls and s …