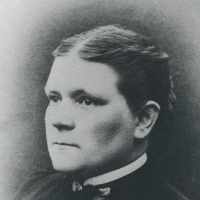 There were other perils along the trail and the Elders were constantly in need of using their Priesthood to protect themselves. The accounts of healing are many. Here is one from one of Charles fellow …