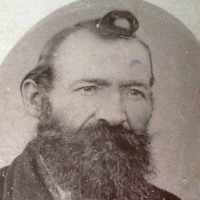 The Life Summary of Anders Magnus

Put your face in a costume from Anders Magnus's homelands.

Americanized form (and a rare Swedish variant) of Swedish Josefsson or Josephsson: patronymic from the personal name Josef, Joseph . In Sweden the surname Josephson is mainly of Jewish origin (see 3 below).Americanized form of Norwegian and Danish Josefsen and Josephsen , cognates of 1.Jewish (Ashkenazic): patronymic from the personal name Joseph with the German element -sohn ‘son’.

Immigrated on the John J. Boyd

More Sharing Services "DEPARTURE. -- The packet ship John J. Boyd, Captain J. H. Thomas, sailed for New York on the 30th ultimo, with 767 souls of the Saints on board. The company was organized the sa …