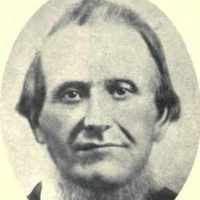 The Life of Josephus

Put your face in a costume from Josephus's homelands.

The United States purchased all the Louisiana territory (828,000 sq. mi) from France, only paying 15 million dollars (A quarter trillion today) for the land. In the purchase, the US obtained the land that makes up 15 US states and 2 Canadian Provinces. The United States originally wanted to purchase of New Orleans and the lands located on the coast around it, but quickly accepted the bargain that Napoleon Bonaparte offered.
1821 · Financial Relief for Public Land

Josephus Hatch was born at Ferrisburg, Vermont on 2 July 1801. When in the prime of life, he weighed 240 pounds, was 6 feet tall, had grey eyes and black curly hair. He married Melinda Durfee on 6 Dec …