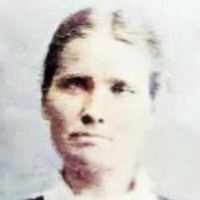 The Life Summary of Sophia Maria

When Sophia Maria Skrevelius was born on 25 December 1819, in Jämjö, Blekinge, Sweden, her father, Jöns Schrewelius Kamph, was 60 and her mother, Karin Lindstrom Svensdotter Skrevelius, was 39. She married Olof Petterson on 19 January 1839, in Jämjö, Blekinge, Sweden. They were the parents of at least 2 sons and 1 daughter. She died on 25 April 1882, in Mount Pleasant, Sanpete, Utah, United States, at the age of 62, and was buried in Mount Pleasant City Cemetery, Mount Pleasant, Sanpete, Utah, United States.

Put your face in a costume from Sophia Maria's homelands.

From the Greek word meaning ‘wisdom’. The Eastern cult of St Sophia arose as a result of misinterpretation of the phrase Hagia Sophia ‘holy wisdom’ as if it meant ‘St Sophia’. The name became popular in England in the 17th and 18th centuries—the heroine of Fielding's novel Tom Jones ( 1749 ) is called Sophia Weston—and has been increasing in popularity since the 1990s. In Scotland it has been used as an Anglicized form of the Gaelic name Beathag .