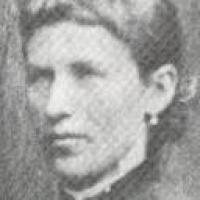 The Life Summary of Elizabeth Royce

Put your face in a costume from Elizabeth Royce's homelands.

On March 23, 1836, the city of Salem, Massachusetts was incorporated and three years later adopted a seal and motto

Traveled with the Brigham Young Company Departed From Winter Quarters, NE in June 1848 Age at Departure 12 Traveled for 107 Days Traveled with a wagon company