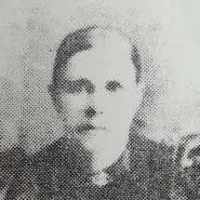 The Life Summary of Rosetta Anise

Put your face in a costume from Rosetta Anise's homelands.

English: occupational name for a merchant or trader, Middle English chap(pe)man, chepman, Old English cēapmann, cēpemann, a compound of cēap ‘barter, bargain, price, property’ + mann ‘man’.Jewish: adopted probably for a like-sounding or like-meaning name in some other European language; see for example Kaufman .History: This name was brought independently to North America from England by numerous different bearers from the 17th century onward. John Chapmen (sic) was one of the free planters who assented to the ‘Fundamental Agreement’ of the New Haven Colony on June 4, 1639.

Was born 5 Sep 1834 in Hubbardville, New York, the first child of Welcome and Amelia Risely Chapman. Her parents joined the Church of Jesus Christ of Latter-day Saints when she was an infant. T …