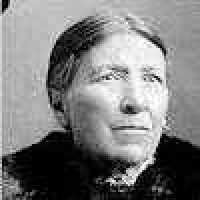 The Life Summary of Rachel Almira

Put your face in a costume from Rachel Almira's homelands.

Rachel Almira Caldwell was born on 7 December 1846 in Council Bluffs, Pottawattamie, Iowa to Matthew and Barzilla Guymon Caldwell. She was the second of ten children, four girls and six boys. …