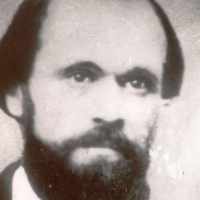 The Life Summary of Peter Jeppasson

Put your face in a costume from Peter Jeppasson's homelands.

Anna was born April 4, 1827, at Billinge, Malmohus, Sweden, a daughter of Jeppe and Troen Anderson Pearson (Pehrsson). As a young girl, she was hired out as a nurse for the neighbor's children and …