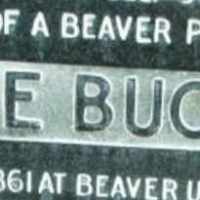 English: habitational name from any of the many places so named, most of which are from Old English bucc ‘buck, male deer’ or bucca ‘he-goat’ + lēah ‘woodland clearing’. Places called Buckley and Buckleigh, in Devon, are named with Old English boga ‘bow’ + clif ‘cliff’.English: in Somerset perhaps alternatively, a variant of the now extinct Bugley, a habitational name from Bugley in Dorset or Wiltshire, named from the Old English female personal name Bucge + lēah ‘woodland clearing’.Irish: Anglicized form of Gaelic Ó Buachalla ‘descendant of Buachaill’, a byname meaning ‘cowherd, servant’.