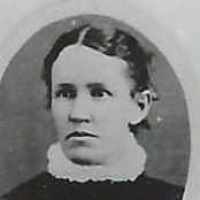 Alcatraz Island, or Alcatraz Citadel, was deemed a military reservation for military defence by President Millard Fillmore in 1850. Fortifications were built by the U.S. Army Corps of Engineers, including a lighthouse in 1853, a citadel in 1859, and eventually a long-term military prison in 1868. During the American Civil War, 10,000 muskets were supplied and 111 canons encircled the island.

Sarah Evans was born April 27, 1849, to David Evans and Barbara Ann Ewell Evans in St. Joseph, Nodeway County, Missouri. She came from a very large family and was one of fifteen children of David Evan …