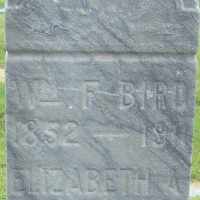 BIOGRAPHY OF MARY ANN FENN BIRD By William Clayton (Her granddaughter’s husband) Mary Ann Fenn was the wife of Fredrick Otto Bird. She came to Utah in 1856 with the Captain Willie Handcart Company. …