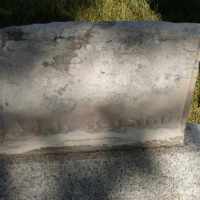 The Life Summary of Levi Harlow

Put your face in a costume from Levi Harlow's homelands.

Apparently an English habitational name from any of several placesso named in Scotland and England.

This history was compiled from other histories [Warner Hoopes] and from family group sheets by Barbara Robbins Hyrum Hoopes was born on the 6th of April, 1820 in Lewisburg, York County, Pennsylvania. …