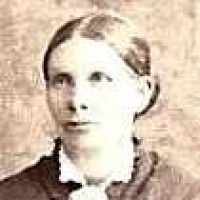 When Ann Waddell was born on 22 December 1825, in Dalkeith, Midlothian, Scotland, her father, John Waddell, was 55 and her mother, Ann Stewart, was 29. She married John Stewart on 16 June 1848, in Saint Cuthberts, Edinburgh, Midlothian, Scotland, United Kingdom. They were the parents of at least 4 sons and 4 daughters. She lived in Duns, Berwickshire, Scotland, United Kingdom in 1841 and Avalon, Allegheny, Pennsylvania, United States in 1880. She died on 22 May 1886, in Provo, Utah, Utah, United States, at the age of 60, and was buried in Provo City Cemetery, Provo, Utah, Utah, United States.

Ann Waddle (Waddell) Stewart, my maternal grandmother, was born in Dalkieth, Scotland, December 22, 1825, and died in Provo, Utah, May 25, 1886. She and her husband, John Stewart, were among the earl …