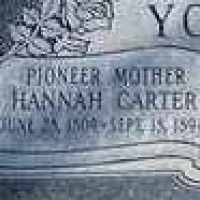 Aaron and Hannah Carter York and their children departed from Kanesville (Council Bluffs), Iowa, for Salt Lake in 1850. Their children, born in Newry, were: Asa Bartlett York, 18; Julia Ann Kilgore Yo …