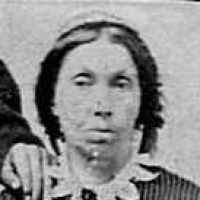 Frances and family coming across the plains in Hodgett Wagon train

Frances and her family (Father, John:, Mother, Mary; sister Louisa; Sister, Sussanna; and brother, John Jetter) came from England on the ship Enoch Train and then came to Utah in the Hodgett's wagon …