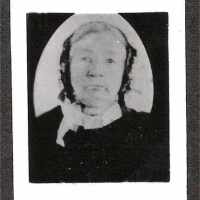 The Life Summary of Sally

English:habitational name from any of the many places called Alton, in Derbyshire, Dorset, Hampshire, Leicestershire, Staffordshire, Wiltshire, Worcestershire, and elsewhere. The origin of the placename is various: Alton in Derbyshire and Alton Grange in Leicestershire probably have as their first element Old English (e)ald ‘old’. Those in Hampshire, Dorset, and Wiltshire are at the sources of rivers, and are named in Old English as ‘settlement (tūn) at the river source (ǣwiell)’. Others derive from various Old English personal names; for example, the one in Staffordshire is formed with an unattested personal name, Ælfa, and one in Worcestershire, Eanulfintun in 1023, is ‘settlement associated with (-ing) Ēanwulf’. The surname may also be from Auton Stile in Durham Saint Oswalds (Durham), which is recorded as Altonec. 1200.variant of Olton . Compare Allton .

Abel Alton was born 20 May 1767 in Connecticut to William Alton and Sarah Cummings. He was a twin to his brother James. The Alton family had come from England in the1600's to Massachusetts. Abel gr …