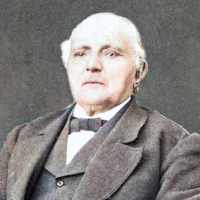 The Life Summary of James Gray

When James Gray Willie was born on 1 November 1814, in Southampton, Hampshire, England, United Kingdom, his father, William Willie, was 51 and his mother, Mary Sutton, was 36. He married Elizabeth Ann Pettit on 13 January 1846, in New York City, New York County, New York, United States. They were the parents of at least 3 sons and 2 daughters. He died on 9 September 1895, in Mendon, Cache, Utah, United States, at the age of 80, and was buried in Mendon, Cache, Utah, United States.

Put your face in a costume from James Gray's homelands.